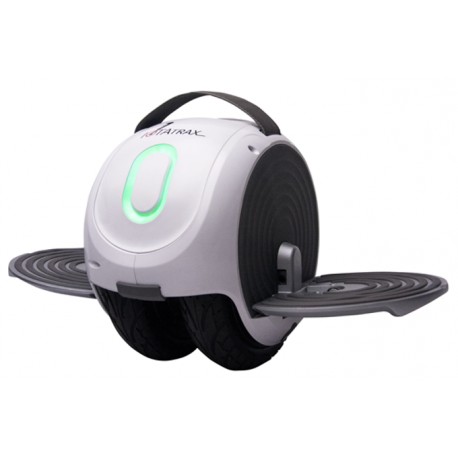 Based on our patented and revolutionary gearless differential system, the IOTAtrax can turn with ease, but cruises with stability of a Solowheel. Its the best of both worlds.

When we introduced our first Solowheel, we billed it as the smallest, greenest, most convenient e-vehicle ever invented. That title now goes to the IOTAtrax, which will have 8" wheels and weigh as little as 15lbs.

The IOTAtrax is born from an extended look into the human dynamics of different standing positions and wheel arrangements. Adopting a lower, two-wheeled stance relative to the Hovertrax and Solowheel, we are able to find compromise between both worlds, making a device that is easy to learn and more versatile than the Hovertrax.